Is witchcraft evil? and other questions people ask me

This post was prompted by an interaction I had in one of my classes last week. My professor, a very kind and experienced anthropologist, was talking about a women she met who was a witch. My professor mistakenly used the terms Wiccan and witch interchangeably. While explaining to the class that this woman practiced magic that was neither white nor black. I, of course, piped right up and stated that the woman clearly had not actually been Wiccan, as the Wiccan rede forbids the use of harmful or black magic. Everyone was starting at me wideeyed by this point but I’m used to that by now.

Anyways, I wanted to clarify some things for all those who aren’t as familiar with us witchy folk. Also, huge shout out to my Instagram community. I asked people to share their own experiences in relation to this subject and I received an overwhelming response!

Myth #1- All Witches are Wiccans

Wicca is a religion founded in England by Gerald Gardner in the 1950’s. While most Wiccans consider themselves witches, all witches definitely do not identify as Wiccans. Witches are simply people who practice magic in one form or another. Wicca is an initiatory religion with a clear structure and all Wiccans adhere to the Wiccan rede ‘An it harm none, do what ye will’.  I myself have encountered this many times. You tell someone you’re a witch and they go ‘Oh, so you’re Wiccan!” Myth #2 All Witches are Women

A witch is anyone who practices magic. It’s thought that the origin of the word comes from Old English, meaning to bend or shape. So why is it that witches are all thought to be female? I think this is because of the war against women that has been waged for the past 1000 years or so by patriarchal monotheistic religions. The rise of the medical industrial institution as we know it today was threatened by the local, wise women/midwives who took care of most health related issues. Hence the association with women and witchcraft. The village healers of medieval Europe were condemned as ‘devil’ worshipers, leaving a space for the establishment of modern medicine (I am not saying this is all bad, just that it’s what happened). I think because of this fact and because many of the famous witch trial stories are of women, our culture today views witchcraft as a women’s domain. Many men were also murdered as witches and there are just as many modern male witches as there are female witches. In fact, many of the early leaders of the neopagan movement were men, just look at Gerald Gardner, Alex Sanders, Raymond Buckland, Ed Fitch, etc, etc. 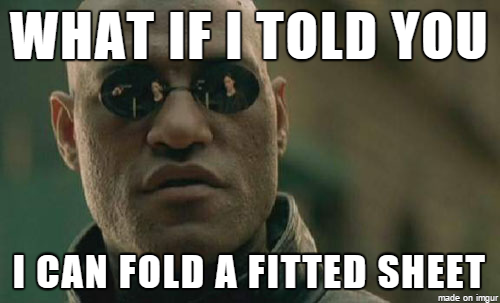 This is probably the most irritating thing I hear. Yes, there are witches who worship the Devil, Satanists for example, but most of us actually don’t. In order to worship the Devil, you have to acknowledge the Christian mythos, which most modern witches do not. It’s like asking Frodo Baggins if he believes in The Force. They are two entirely separate world views. I will say that many modern practitioners consider the Devil to be a misrendering of earlier indigenous male deities, such as Cernunnos. So if you hear of a neopagan worshiping ‘the Devil’ that’s probably who they’re referring to. 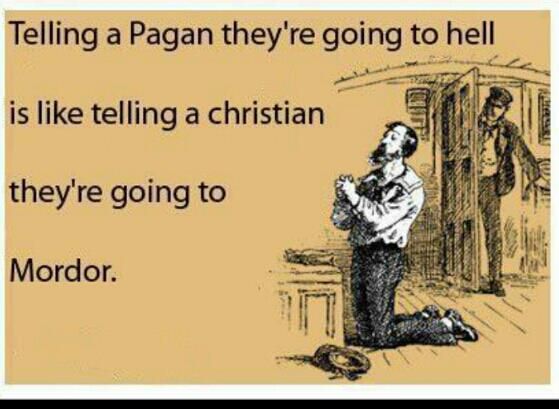 Let’s be honest, we live in a muggle world. Most people don’t believe in fairies, ghosts, or a pantheon of ancient gods. So it’s not easy for most people to understand that there in fact ‘real witches’. Most of what people know about witches comes from pop culture representations, they think that unless we can go around throwing spells at people and banishing demons like the Halliwell sisters, we don’t exist. And yes, truth be told, most of us don’t have powers like that (although I have seen some pretty crazy things), but that doesn’t negate the magic that we can do nor does it make us crazy.

Myth #5 All Witches Look the Same

I was surprised to find from the question I asked on Instagram, that this is one of the most common things modern practitioners hear. We don’t all dress in black and look like we walked out of The Craft. Witches come in all shapes, sizes, colors, and styles! And you should never judge someone just because they don’t look like what your idea of a witch is.

Although some practitioners practice what is considered to be ‘black’ magic, not all of us do. You should never assume that because someone identifies as a witch that they are throwing curses around at people or using their power to harm. In fact, Wicca- arguably the most well known neopagan religion, forbids the use of negative magic entirely. Most witches are very aware and conscious of how they use magic and realize that there are massive repercussions that come with using negative energy. 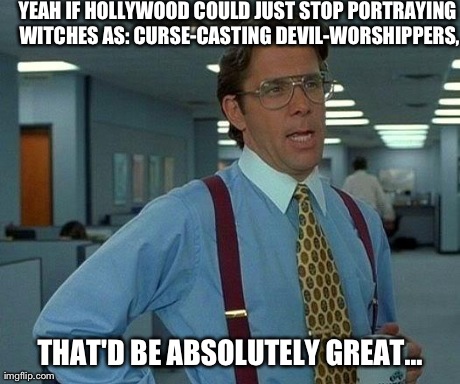 Myth#7 Witchcraft is a Religion

Witchcraft is just what it sounds like, a craft. It is not a religion. There are modern religions that include witchcraft as part of their practice, like Wicca, but certainly not all of them. There are Christian witches, Atheist witches, Muslim witches, and Buddhist witches to name a few. That also goes for pagans- many witches are pagans but not all pagans are witches.