The Black Madonna and the remnants of ancient pagan belief

This past summer I spent 6 weeks exploring France; my husband is a French citizen so I spend quite a bit of time in France every year visiting his family. Throughout my travels here, I have fallen in love with the mythos of the Black Madonna/Virgin or as they say in French la vierge noire. These are usually statues of the holy mother and child that were found under miraculous circumstances; resulting in the development of a local cult for their worship. They are found all over the world ( Virgin of Guadalupe -Hidalgo )is an example many North Americans may be familiar with) but France is thought to have the highest proportion of them with over 300 in existence. What makes them unusual is that they have black or dark skin color, hence the name. It is also interesting to note that the Catholic church has absolutely denied their existence and when it does acknowledge them, such as in the case of the Black Madonna of Czestochowa, they claim that they are only black due to soot damage. 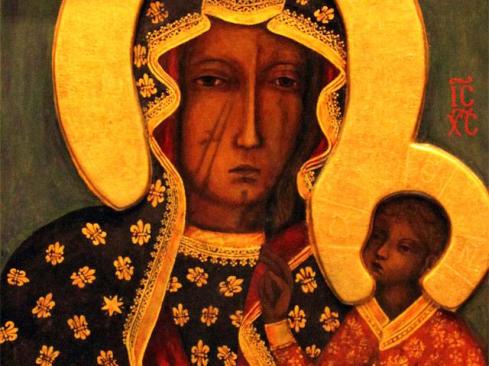 The Black Madonna of Częstochowa (Image via Discover Poland)

If the historical Mary, mother of Jesus, actually existed she would most definitely have had darker skin color as she was of a Semitic background, however this is not something that was expressed or publicized throughout the history of the Church. Mary is typically depicted as Caucasian with brown or even blonde hair. Because of this, the existence of these Black Virgins is something of an enigma. Who made them and why they developed a cult-like following is something that baffles most historians. In order to understand these figures, it is necessary to give a brief history of French religious history. I’ll try to be as brief as possible, hang in there with me!

Our earliest knowledge of the land now known as France comes from the Romans, who fought several wars against the warlike tribes of the Gauls. A Celtic tribe, the Gauls were an animistic pagan society who revered the land and holy places, such as springs. After Caesar conquered Gaul, the Romans did what they always did, which was to take over the holy places of the conquered peoples and adapt them for Roman use. It’s no wonder then, that when France become a Catholic country in the 7th century, the Roman Catholics would do exactly the same thing. Since it was far too difficult to try and erase the worship of the local gods and spirits, they simply adapted these holy places by associating them with Catholic saints and miraculous works of the Christian god.

“The persistence of these cults is seen in the fact that though Christianity modified them, it could not root them out, and in out-of-the-way corners, survivals of the old ritual may still be found, for everywhere the old religion of the soil dies hard.”

Excerpt From: J. A. MacCulloch. “The Religion of the Ancient Celts.”

We also know that the Phoenicians started trading in Europe around 1550 BCE. They brought with them dark skinned goddesses such as Inanna, Astarte, Cybele and Artemis. Marseilles, which, according to legend was founded by the Phoenicians, was known to be a major site of worship and home to a huge temple dedicated to Artemis. 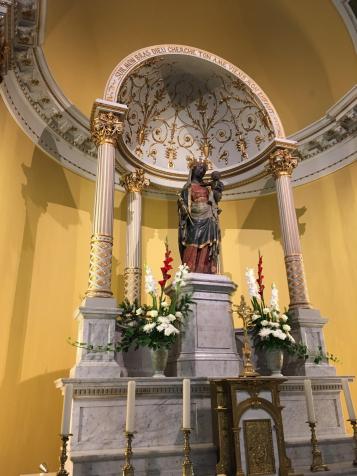 The cult of Isis was also the dominant cult of late Roman times. In fact, Paris is known to be the site of a temple dedicated to Isis and some even go so far as to say that the name “Paris” is a derivation of her name. Isis was often represented sitting with her son Horus in her lip, a figure easily adapted by the Church into the Virgin Mary. 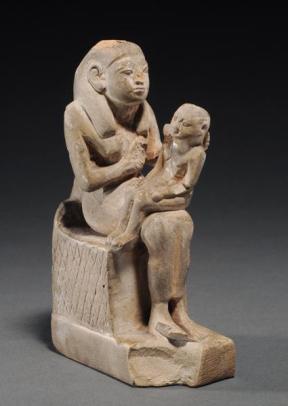 As Christianity spread, we can easily imagine the local people moving their worship of the mother goddess into hiding. Later on, these statues were miraculously ‘rediscovered’ and reintroduced into Catholic society as Madonnas. The fact that many of them were found hidden in trees and underground caves points to their pagan origins as mother goddess figures. They are also often kept in crypts near sacred springs and wells (whether this is intentional or not, no one but the Vatican knows), such as the Black Madonna of Chartres (who was unfortunately ‘restored’ and repainted to a white color in 2009). 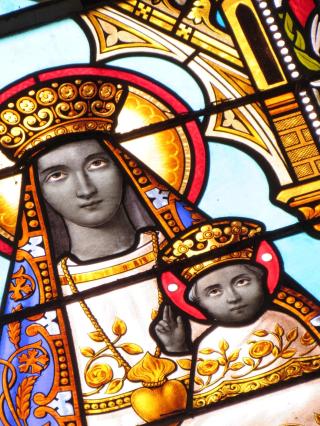 “Images of the Matres (mother goddess) bearing a child have sometimes been taken for those of the Virgin, when found accidentally, and as they are of wood blackened with age, they are known as Vierges Noires, and occupy an honoured place in Christian sanctuaries. Many churches of Nôtre Dame have been built on sites where an image of the Virgin is said to have been miraculously found—the image probably being that of a pagan Mother”

Excerpt From: J. A. MacCulloch. “The Religion of the Ancient Celts.”

The miraculous qualities of these figures lends even further credence to the idea that they are incarnations of earlier goddesses. Many of them are associated with fertility and perform miracles around childbirth. La Moreneta, the Black Madonna and patroness of Catalonia, is believed to be in charge of all things involving sexuality, fertility, childbirth and marriage. An old saying from the region states “He is not well wed who has not taken his wife to Montserrat”. Many other Black Virgins are also linked to these women’s mysteries, hence the massive cults that sprung up around their shrines. When one takes into consideration that goddesses such as Isis, Artemis, and Inanna were also known to oversee these same realms, the true identity of the figures is revealed.

It is my opinion, therefore, that these Black Madonnas are simply a continuation of earlier mother goddess cults. And in that, I find something intrinsically beautiful. Our ancestors could not, nay, they would not give up our goddesses. They found a way to keep the traditions alive, despite the concerted efforts of the Church for over 2000 years to destroy and tarnish them.

I found that for my own faith, finding the truth behind these mysteries has been crucial. I have felt so hopeless at times living as a pagan in a monotheistic world. Our monuments have been stolen, our sacred sites tarnished, our gods grotesquely altered and mutilated. And yet, they have survived.

The Black Madonnas of the world represent to me a symbol of hope. The hope of reclaiming our lost heritage, of putting our gods back where they rightfully belong.The truth, after all, is there, lurking just beneath the surface (or on it, in this case) if one just knows where to look. 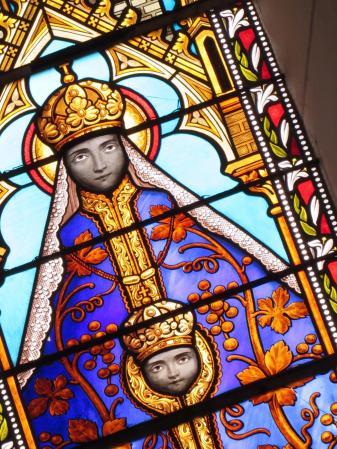 I will be making posts about each site that I have visited individually. In the meantime, if you are interested in further research of the Black Madonna, here is a short list of some of the more well known figures. My bibliography also has some excellent sources for more in-depth reading.

Notre-Dame-de-Sous-Terre- Chartres, France (she was scandalously repainted in 2009)

Our Lady of Częstochowa- Poland

Our Lady of Dublin- Dublin, Ireland

Our Dear Lady of Einsiedeln- Switzerland

J. A. MacCulloch. The Religion of the Ancient Celts

Ean Begg. The Cult of the Black Virgin